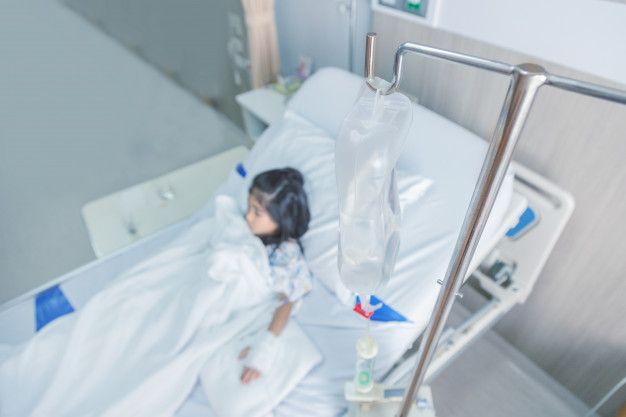 Dr. Purvi Kadakia Kutty – Pediatric Hematologist & Oncologist specialized in Blood Cancer in pediatric age group. The First Talk will be on Awareness about pediatric cancers , which is very rare disorder. Pediatric cancers are the leading causes of deaths in children and in India we see around 20 to 40 thousand cases annually but still this is just the tip of the iceberg because almost more than double of these cases are been undiagnosed even if they are diagnosed they are picked up too late to be treated , so there is a high mortality because we are not aware about pediatric cancers. why they are undiagnosed because they are very rare disorders so they are missed and people don’t think of children presenting with the cancers. but the major crux in pediatric cancer is that if they are picked up early and timely referred to a center where there is a pediatric oncologist available, as more than 2/3rd of the cancers are curable. Blood Cancers age group usually the children’s presented between 2-5 years of age however they can also be seen in infants less than 1 year. but the commonest age group is 3 to 5 years these children’s usually come to us with a prolonged fever , pallor or paleness irritable, bony pains so they com e with limping and crying in the night because of limp pains, at a later stage they come with a bleeding because of a low platlet count . so any prolonged fever with the child looking pale and irritable with weight loss it should be a red alert to work up for a blood cancer a simple CBC with a peripheral smear examination can tell us if there are abnormal cells of blast on the smear and to confirm the diagnoses we do a bone marrow examination  with special test like flow cytometry and cytogenetics which will tell us whether it’s a favorable risk or a high risk blood cancer. More than 90% of Pediatric cancers are treatable and a long term survival is seen. we see long term survivals even upto 18 to  25 years of age and the treatment of this disorder is extremely important because its mainly chemotherapy , however the duration and the doses are important. it is the total duration of 2 years with the 1st six months being intensive chemo and the next 1 and half to 2 years is the maintenance Chemo with intrathecal chemotherapy.

Favorable cancers that is acute lymphoblastic leukaemia the survival rate is almost approaching 90 to 95 percent in the western world . In India we are reaching long term survival of 60 to 80 percent again this is because of Lack of Awareness not picking up the cancer in time, Pre-treating the children with Leukaemia with Steroids before doing a bone marrow examination and missing the diagnosis. There is a denial , there is a social stigma of children’s having a cancer so we miss we refuse an abatement of treatment is also a common cause of why we are not having children who survive or reach up to 99 percent as the west . So there should be no social stigma attached to treating pediatric cancers because its completely curable and children go back to a normal lifestyle after their treatment is completed. For Further details or Queries on Pediatric Cancers log on to www.doctatoc.com