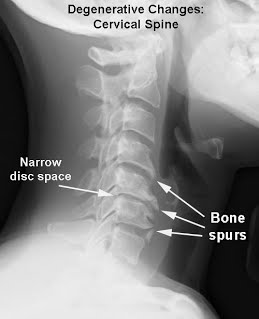 Spondylosis – A topic which we all talk about with something in term which is there in during common talks, even we are sitting with friends there is a discussion which comes about Spondylosis, now it is bothering you. So many a times patients who comes to me with Spondylosis comes with their diagnosis, Instead of telling me their problems they come and tell me that have Spondylosis, So what exactly is Spondylosis and how does it really effects us thats something we need to understand. Spondylosis primarily means aging of the spine the changes that come with aging , so if you look at the skin it wrinkles in due course, so the skin that i had as a child i no more have it. so there are things that keep changing. the hair that we have starts graying after a while, so similarly the spine which holds the spinal cord within it, the spine also starts undergoing changes within it and that is called Spondylosis. so how does it brings about symptoms: it brings about symptoms in two ways one would be because structural changes are that undergoes the extra growing prominence that come up . these prominences which come out are called Spondylosis spurs and along with that there is soft tissue deformation also happening inside the spinal canal or around spine. these deformations tend to impinge on the nerve root or impinge on the spinal cord which it is suppose to protect primarily. Hence, the symptoms comes up primarily because of the compression of these nerve root or compression of the spinal cord that happens because of this unwanted growth that happens.

What could be the symptom that would come up because of this is depending on the nerve which is pinched , so if you are talking about the cervical spine, cervical Spondylosis which is very common so the pain would be typically radiculopathy along a particular nerve root, so thats the typical pain. if that persists for a long time and if the nerve root is getting compressed to an extend to its function is being hampered then the symptom would be of the weakness of those muscles, you could have weakness in your grip, you could have weakness in your flexion of the arm, or the extention of the arm, so the hands could get week in due course that is one aspect of the Spondylosis. the other thing is the same process when it occurs with the center portion it starts compressing in your spinal cord , so once it starts compressing the spinal cord , its like the entire information highway that supplies the information from brain into your limbs is hampered so you could have symptoms all along like in the upper limb as well as the lower limb including your balance and walk so Spondylosis though by itself would be called benign. it depends on the direction which the Spondylosis process extends , so if i could see a MRI or the scan with extensive Spondylosis Spurs but all are away from the spinal canal, the spine, the patient would be absolutely “A” Symptomatic while a small bony spur which is impinging on the nerve root could give rise to severe symptoms, so Spondylosis per say does not cause any symptoms but depending on what it compresses it could eventually lead to lot of problems and that is where our role comes in, so what do we do the important thing is to diagnose the fact that you have the Spondylosis and diagnose along with that which particular part is being effected, that is also equally important , so MRI gives an excellent investigation where we really need to take a call or what has to be done next, and we cannot do it without a MRI. if the symptoms are milder just an X-ray and observation is usually good enough.  if the compression is severe and if it is really bothering the patient then we need to look at it further that is where MRI comes into.

We cannot stop Spondylosis from happening, but definitely it can be delayed , so the key would be  regular exercise,  proper posture, so if you maintain proper posture and exercise regularly your weight distribution is much more better so the Spondylotic changes would occur or would happen in a much more delayed manner. Plus once the symptoms are there before it leads into permanent deficient its very important that you meet a doctor consult him and understand what the problem really is and try and solve it at the initial stages rather than to wait till the very end where somebody cannot move the limbs properly or the deficits are profound, so then the recovery would be that much poorer.

So the take home message would be , what we do about Spondylosis finally, So Spondylosis is something which can be delayed , so how do we delay it . we can delay it by proper diet, regular exercise for your back primarily you neck and lower back and good posture. so what good posture does is it distributes the weight so much better, the changes that happens because of Spondylosis those changes gets delayed and since the changes get delayed the compression that a Spondylotic spur would eventually cause would also get delayed thus your symptoms would obviously get delayed. so that’s one aspect of Prevention of Spondylosis apart from that if unfortunately you start developing symptoms which could be described to Spondylosis which we have already described then in this case it becomes extremely important to take necessary help at the earliest so it would be good to meet a neurosurgeon before the symptoms become far too severe and irreversible . so the take home would be prevent it and if you can’t prevent it prevent further damage.